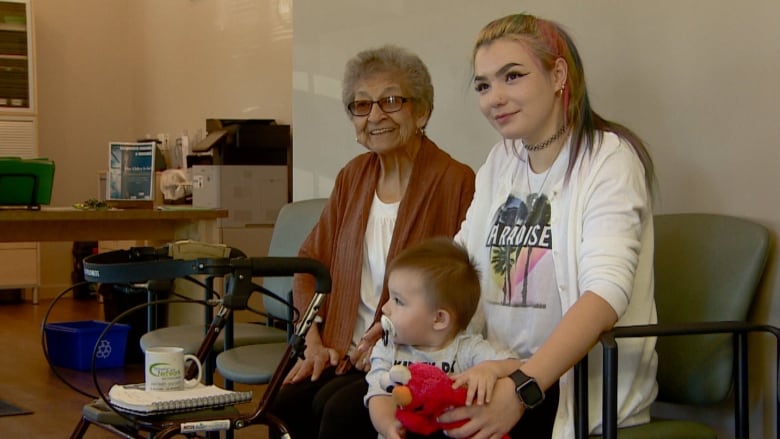 Elder Margaret Montour was an important support for Lacey Hoffman when she was pregnant with her son Aziel. (CBC)

Lacey Hoffman was nervous about attending her prenatal appointments by herself. As a teen expecting her first baby, she worried that others were judging her.

“It wasn’t fun being the youngest one,” recalled Hoffman. “I felt like people were looking at me, thinking that was sad or something like that.”

Now 18, Hoffman said she had the support of her mother and sister but they weren’t always able to join her for appointments at the Wetaskiwin Primary Care Network.

On those days, she had support from Elder Margaret Montour.

“It was nice to have someone to talk to, to not be alone,” Hoffman told CBC News.